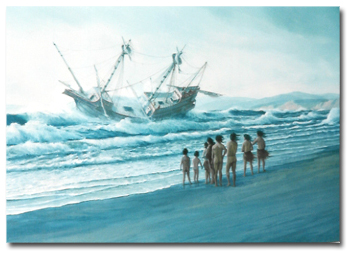 1814: Fur trader Alexander Henry of Astoria writes in his journal, “They [the Clatsop Indians] bring us frequently lumps of beeswax, fresh out of the sand, which they collect on the coast so the S. [South], where the Spanish ship was cast away some years ago, and crew all murdered by the natives.”

1835: The Reverend Samuel Parker, writing of his travels in 1835 at the mouth of the Columbia River, notes “About thirty miles south of this river [the Columbia River], there are the remains of a ship sunk not far from the shore. It is not known by whom she was owned, nor from what part of the world she came, nor when cast away. The Indians frequently get bees-wax from her. It is not improbable that she was from some part of Asia.”

1839: English Captain Sir Edward Belcher collects beeswax during his visit to the Columbia River and writes of the wreck having occurred “many years ago.”

1843-1844: The Reverends Daniel Lee and Joseph Frost write of the Indians bringing beeswax to trade at Astoria, and that it came from “The remains of a vessel sunk in the sands 30-40 miles to the south [of the Columbia River].”

1845: John Minto writes of the grandson of a European shipwreck survivor from a wreck on Nehalem Beach, and mentions a Captain R. W. Morrison who found an iron cannon on Nehalem Beach sometime in the 1840s.

1847: Joel Palmer writes the earliest account of white men coming ashore to bury something on the Oregon coast, and notes that “after a long and heavy south westerly storm, large cakes of bees-wax, from two to four inches thick, and from twelve to eighteen inches in diameter, are found along the beach, near the south end of Clatsop Plains. The cakes when found are covered with a kind of sea-moss, and small shells adhere to them, indicating that they have been a long time under water.” 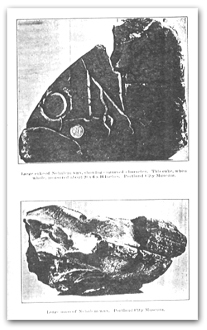 1850s: Warren Vaughn, an early settler in Tillamook, writes extensively about prehistoric wrecks in his diary, including that Chief Kilchis of the Tillamook Indians was, “I believe from all that I could hear from the Indians that he was a descendant from the survivors of the beeswax ship that wrecked on Neah-Cah-Nie” and that beeswax was found “in all of the Indian towns that have been plowed up and all along the coast in plenty from Nehalem to Tillamook Bay.”

1857: James Swan writes that “There is also a tradition among the Indians that a Chinese or Japanese junk was wrecked years ago on Clatsop Beach, south of the Columbia. Part of her cargo was bees’-wax. And, to prove the correctness of this tradition, there are to this day occasionally, after great storms, lumps and pieces of this wax found on the beach.”

1860s: John Hobson, in a letter to the editor of the Sunday Oregonian newspaper in 1894 wrote of his travels to Nehalem in the late 1860s, and writes of finding ship’s timbers with the beeswax, and that “the constant winds blowing the sands from the northwest in summer and the southwest in winter, has covered and uncovered it [the beeswax] for ages.” He says there were two vessels, the beeswax wreck and the Neahkahnie wreck, and the beeswax vessel wrecked on the spit “near the mouth of the Nehalem River” and that the beeswax vessel “must have been a Chinese junk as we had seen several pieces of a junk between Clatsop and Nehalem.”

1869: George Davidson, writing in the Coast Pilot, writes of the finding of beeswax on the north Oregon coast and that “there are occasionally, after great storms, pieces of this wax thrown ashore, coated with sand and bleached nearly white. Formerly a great deal was found, but now it is rarely met with.”

1869: Captain C. M. Scammon wrote in The Overland Monthly about his visit to Astoria and the Oregon coast and that “On the coast, thirty miles south of the Columbia, is a small river, called the Nehalem, whose source is in the hilly country about ten miles to the eastward. Along its northern banks rises Mount Ne-a-kah-ne… Numerous conflicting reports have for a long time been in circulation among the whites, concerning treasure that is said to have been buried either by Japanese, Chinese, or Spanish sailors, or freebooters, at a date anterior to the discovery of the Columbia by Heceta.”

1870: Writing in 1899, Samuel Clarke noted that when he first came to the Nehalem area in 1870 that “the bones of two wrecks were then to be seen at the mouth of the Nehalem river.”

1872: Frances Fuller Victor wrote of her travels to the Oregon coast and the Columbia that the wreck at Nehalem was “cast ashore near the mouth of the river, the crew of which were saved…”

1877: The Smithsonian’s Contributions to American Ethnology reports on “Early Visits of White Men” to the Pacific Northwest, noting the Beeswax Wreck and two others. Of the Beeswax Wreck, it is noted that survivors lived with the Nehalem Indians “for some time”, and that when the fight between the survivors and the Nehalem broke out the survivors “resisted, throwing stones behind them and under their arms with great force, as the Indians say.” An account of the Indians first encounter with muskets, perhaps?

1879: The Daily Astorian reports the finding of beeswax along the coast, and that it came from “the wreck of a vessel along the coast, lost so long ago that nobody of this age can give any account of the disaster.”

1881: The Daily Astorian reports the finding of a “brass figure of the Siamese elephant, with crown, an emblem of the Siamese to this day, commonly seen there. It was presented to Mr. Newell, at the Oregon Railway and Navigation Company’s office in this city, by Mr. Kindred, and has a history which was traced direct to the beeswax wreck of long ago.”

1888: The Morning Oregonian writes, “A legend exists of the wreck of a Japanese junk, ages ago, and that beeswax washes up from the sands that holds it when the spring tides are on. Unfortunately for the legends the blocks of beeswax bear Latin inscriptions. It is also said that a Spanish galleon was driven north and wrecked here ages gone, that had stores for the Catholic mission on board. The truth lies between these two. Some of the junk’s crew escaped and married and lived and died here, leaving descendants. The Tillamooks have Asiatic features among them to justify the legend. One year, in the last decade, a ton of this wax was washed up and sold to Portland dealers. Some of this has been preserved that is fresh when cut into, but its outside looks as if it had buffeted the surf for centuries.”

1894: Pieces of an “ancient wreck” wash ashore at Arch Cape and are reported on by local newspapers.

1894: The Fresno Weekly Republican has a short article noting the “recent” find of “an 85-lb chunk of beeswax”, “the largest piece found in 20 years.” Found with it were two candles. It goes on to note that “The broken hull of an old ship does lie on a sandspit just beyond the breakers, as all northwestern Oregon beach residents know.”

1898: Thomas Rogers publishes Nehalem: A Story of the Pacific, A.D. 1700, a fictionalized account of the Beeswax Wreck and its survivors.

1899: A letter to the editor of the McMinnville Telephone-Register notes that shifting sands “during the past few weeks” have “uncovered to view the remains” of a wreck that “lies back from the present shore line some 400 feet, and is about at the base of the sand point, which projecting south, forms the lower Nehalem bay. It lies bottom up and a part of the keel is to be seen a hundred yards away, indicating the hull was broken up in the breakers near the point where it now lies.” It goes on to note that “there can be little doubt that this is the vessel from which came the beeswax” of which “several tons” had been collected over the past thirty years (including candles 30 inches long), and that there are markings on the wax that disprove the idea that it could be from an Asian junk, and must be Spanish. The letter also notes the keel and timbers are teak, including a large block “two feet long and rather clumsily made; the iron has entirely decomposed, leaving a large discolored hole through the center.”

1899-1900: The Oregon Native Son, a journal of the history of the Oregon territory, publishes several articles on the Beeswax Wreck and other prehistoric wrecks on the Oregon coast. 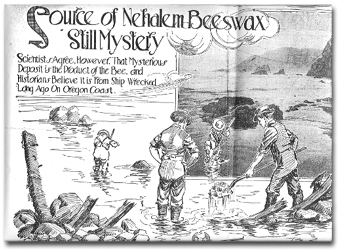 1900-1920: Numerous articles argue back and forth on the source of the beeswax at Nehalem, and whether or not it was from a prehistoric shipwreck or was natural mineral wax. That it was clearly beeswax from a shipwreck seems to have been generally agreed upon by 1920.

1927: Daniel Howard writes the novel Oregon’s First White Men, another fictionalized account of the Beeswax Wreck and its survivors.

1929: Edward Cherry proposes a plan to build a coffer dam around the Beeswax Wreck to excavate it, but the plan is never acted upon. 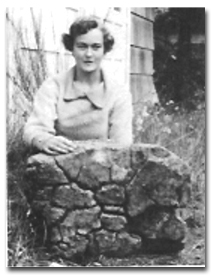 1950s: Eb Giesecke, a Northwest historian, begins interviewing Oregon coast residents about their knowledge of the Beeswax Wreck and their memories of seeing wreckage as children, and starts 50+ years of researching the Beeswax Wreck. 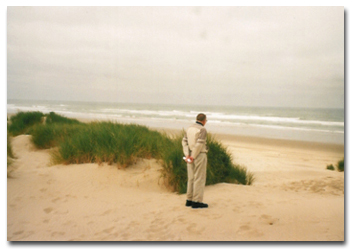 1950-1979: Various books are written on Northwest shipwrecks and Oregon history, noting the prehistoric wrecks on the Oregon coast and offering different explanations for which ships they could be and when they wrecked.

1978: Nancy Obrist, in an interview published in 1978 noted that several years before her and her husband were walking the beach “south of Manzanita” and came upon the remains of an old ship that she thinks was made of teak wood, and which “only comes up at low tides.” This may be the last sighting of the wreck near the river mouth.

1980-2000: Archaeologists from Oregon start to investigate prehistoric wrecks on the Oregon coast as actual historical events, rather than legends, and several archaeological investigations are carried out in the Nehalem area.

2015: Eb Giesecke, the historian who did more than any other to push for recognition of the Beeswax Wreck as a historical event rather than a legend, passes.

2015-Present: The Beeswax Wreck Project moves under the umbrella of the newly formed non-profit Maritime Archaeological Society, giving the team the ability to apply for local, state, and federal grants to aid in the search. The search continues!