The goal of the Shipwreck Survey Project is to provide a better understanding of the maritime heritage along the Oregon and Washington Coasts and in the Puget Sound by examining and recording wrecks and abandoned vessels. MAS constructs condensed site reports for the public (link to: Reports). The information is also be used to write books, newspaper and magazine articles, and journal articles.

The scale of such a task requires an incremental approach. Phase I began in 2017 and involves documenting shipwrecks and abandoned vessels on shore, as well as examining underwater sites recorded by other organizations. As Phase I continues, MAS is in the process of acquiring funds to begin direct underwater search and survey. In Phase II, a detailed remote sensing survey, employing a magnetometer and side-scan sonar, will be the first step in our underwater archaeological investigations. Divers or Remote Operating Vehicles will investigate the remote sensing targets.

MAS volunteers conducted a survey in June 2016 and a detailed site report was submitted to Oregon’s State Historic Preservation Office (SHPO) in December 2016.

T.J. Potter was a luxurious passenger steamboat that courted passengers between Portland and Astoria beginning in 1888, and was refurbished multiple times to compete with other passenger boats near Puget Sound.

Here’s a quick video with the highlights of our first ROV field test in the Columbia River on 07/15/2016. Silvia de Grasse was a lumber schooner that sank in Astoria in 1849.

In partnership with the Park, volunteers from MAS helped survey the remains of a small boat in Lewis and Clark National Historical Park. The findings most closely resembled a gillnet fishing boat built during the 1920s and 1930s.

Read about the Lewis and Clark NHP boat

Sometimes it is fun to do site reconnaissance for a future survey. Check out this YouTube video from the Peter Iredale on 05/22/2016. 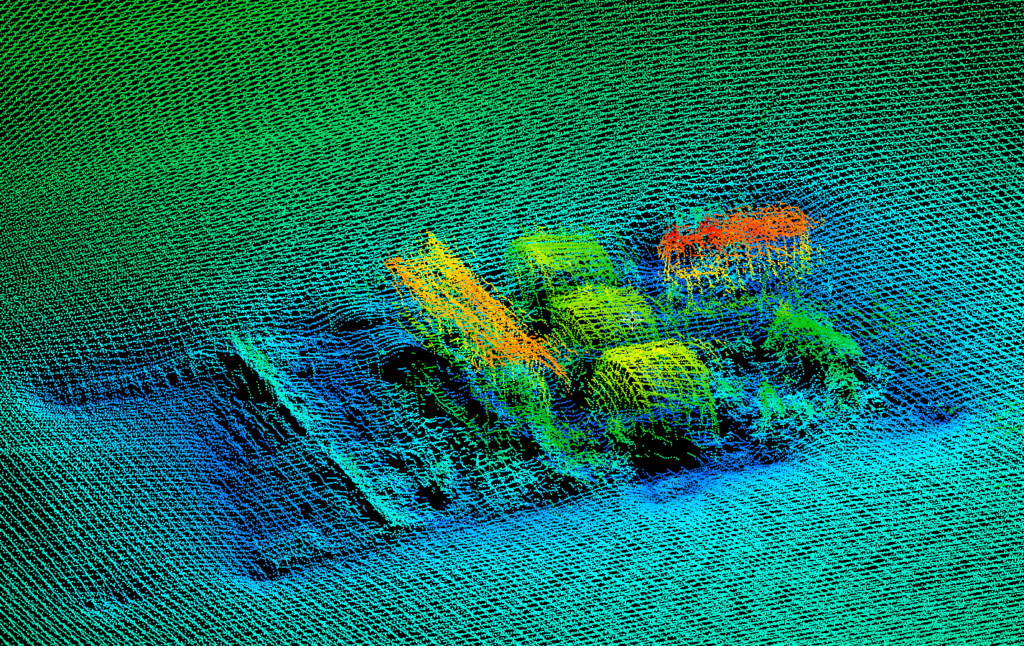 Multi-beam view of a portion of Iowa. Courtesy of NOAA

The state archaeological records contain various levels of information regarding shipwreck sites. MAS has developed a category scheme in which site data fall into one of four categories.

This project works to provide Category III or IV information for all shipwreck sites in the state archaeological site databases and all known sites not currently in the databases.