Built by Port Captain J.W. Troup of the Oregon Railway & Navigation Company, T.J. Potter was considered the fastest sidewheel steamer in the Pacific NW for its time, reportedly reaching speeds of fifty miles per hour on the Columbia River and weighing 1017 gross tons after a 1901 rebuild (230 feet long, 35 foot beam, and 10 foot 4 inch depth of hold; 32 inch x 96 inch engines). By 1916, the ship was condemned for passenger use and used by construction teams as a barrack’s boat until around 1920, when she met her fate in Youngs Bay and was burned down, her metal parts salvaged. 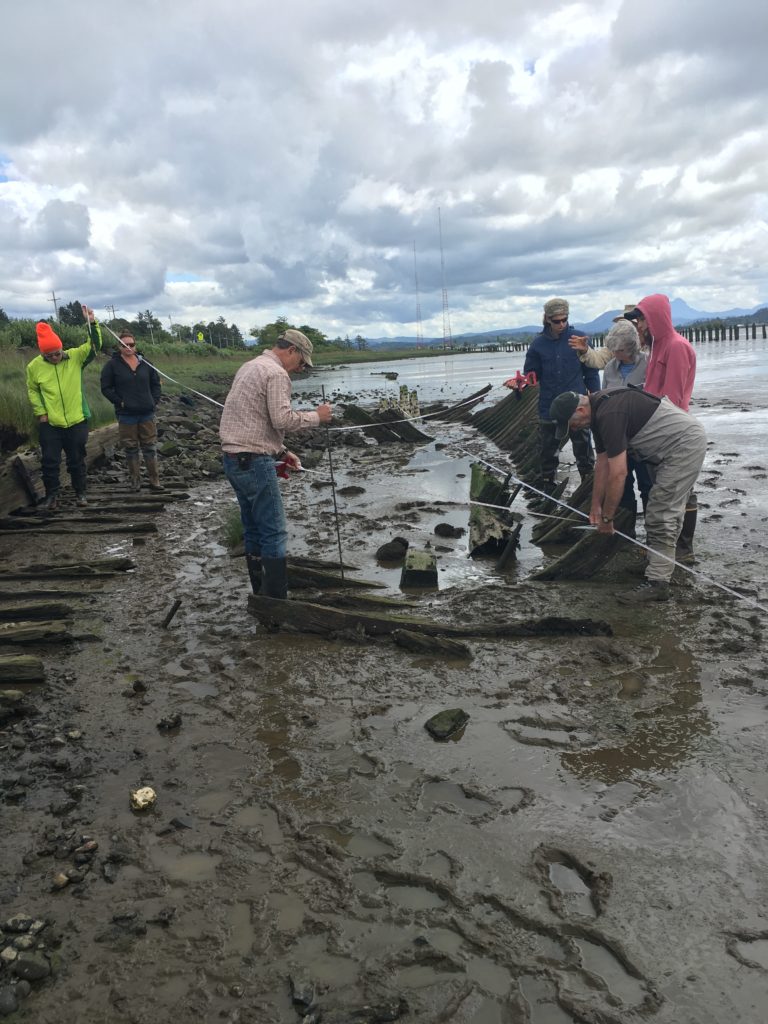