Built by Port Captain J.W. Troup of the Oregon Railway & Navigation Company, T.J. Potter was considered the fastest sidewheel steamer in the Pacific NW for its time and weighed 1017 gross tons after a 1901 rebuild (230 feet long, 35 foot beam, and 10 foot 4 inch depth of hold; 32 inch x 96 inch engines). By 1916, the ship was condemned for passenger use and used by construction teams as a barrack’s boat until around 1920, when she met her fate in Youngs Bay and was burned down, her metal parts salvaged. 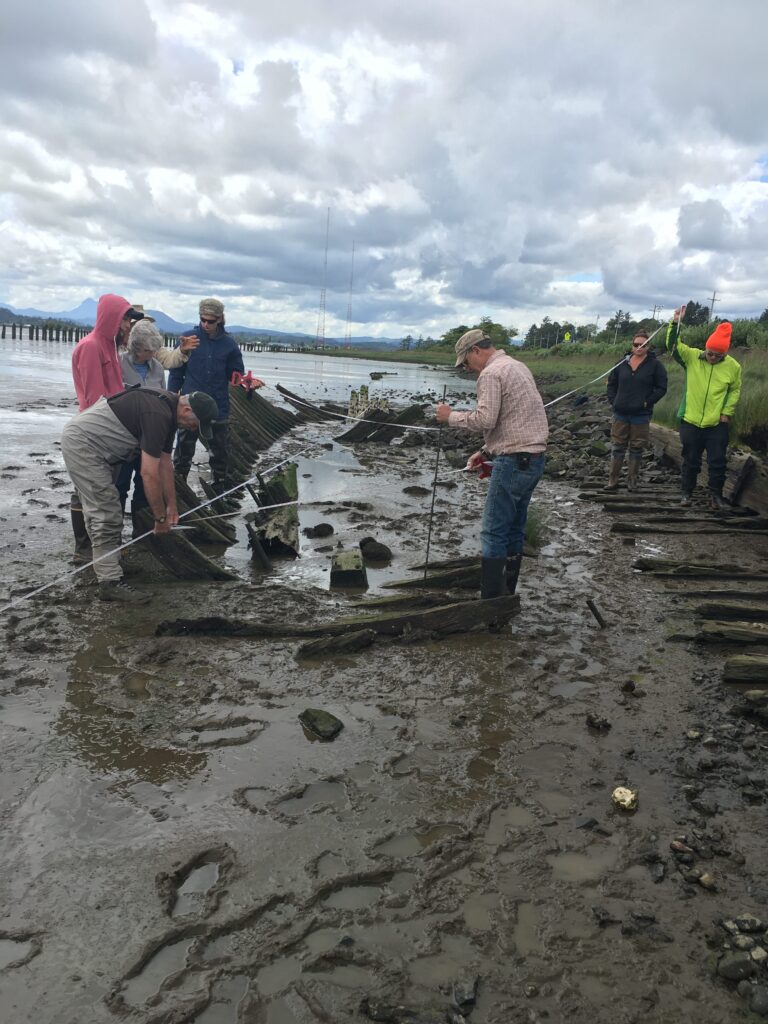